Notte della Taranta: the “pizzica” opens up to the world 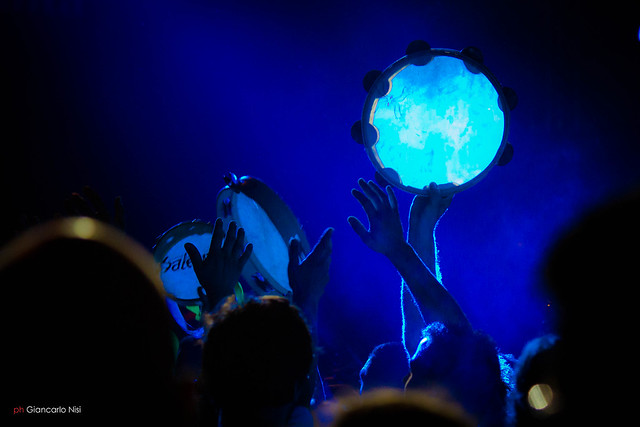 Posted by cortedeifrancesi on 2 July 2019 | Featured

It is one of the most meaningful festival about people’s culture in Europe. The pizzica – the famous traditional Apulian dance – units Italy, mixing on the stage languages coming from different and far away traditions but with many common details on the social and musical side.

From 1998 till today, it is a happening of folk music: musicians coming from several locations in the region of Grecìa Salentina meet on a common stage.

The experiment between ensemble and orchestra leads the machine of La Notte della Taranta that sews its net “contaminating” the evenings of many squares in Salento with a traveling festival that ends up in the final concert in Melpignano on August the 24th: here it reunites and embodies in perfect harmony the rhythms of the world and of course the ones of the region.

It is a global festival more than an ethnic event, output of a cooperation among historical folk music groups of Salento and performers coming from all over the world, with shows able to create on stage suggestive atmospheres and extraordinary mixtures of sound and dance, in a whole message of peace for people.

Among other initiatives, painting, sculpture and photography exhibitions, international panels, themed and food-and-wine events, to celebrate and highlight the historical and cultural heritage of the region of Grecìa Salentina, open to multicultural dimensions.

This year, for the live broadcast on the Italian TV channel Rai2, 2 exceptional hosts: Belen Rodriguez and Stefano De Martino.