The brightest festivity of the summer in Salento 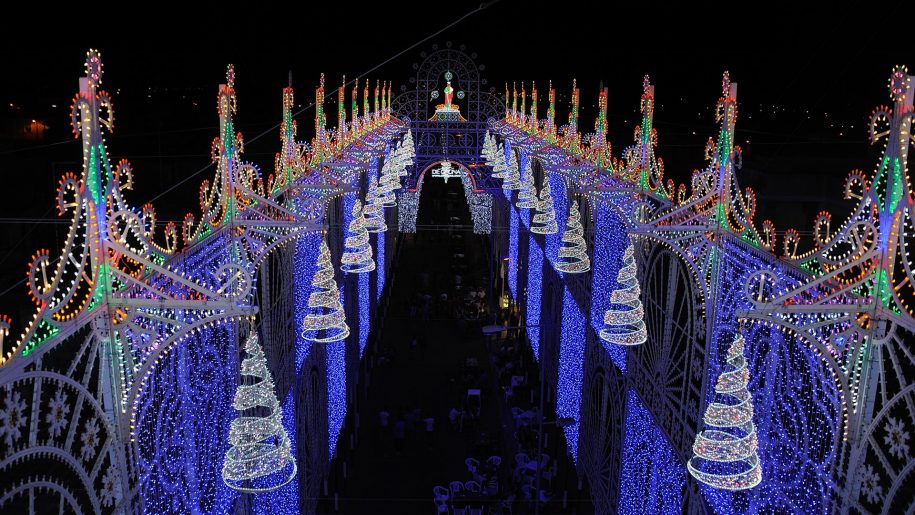 Posted by cortedeifrancesi on 12 June 2019 | Featured

The legend tells that Santa Domenica, the Saint from Tropea, unknown by the inhabitants of Scorrano till the XVII century, during a plague decimating the population, appeared in a dream to an old lady and informed her that, spontaneously, decided to become the protectress of the village of Scorrano.

As gesture for her benevolence towards the people of Scorrano, she would have set free the village from the plague.

This way, in the Salento the community grounded its recent history – at least the one of the last 500 years – on this milestone of its religious faith and cultural and anthropological culture, with habits that as practices and beliefs build the core of the local traditions, guardian of the spirit and the essence of the identity of Scorrano in the shared memory of the festivity.

During the days of the festivity the whole village is decorated with lights, a new art expression: precious and long galleries lightened by millions of colourful lights and special effects switch on at the rhythm of the music, creating amazing sceneries and gifting the audience with an unique show that join charm, folklore, tradition and innovation.

Worldwide famous, the lights are a highlight of this event, together with fireworks, music bands, street markets and roundabout amusements.

The festivity of Santa Domenica takes place in July, from the 5thto the 9th.