The Exhibition “LAMPANTE” at the Castle of Gallipoli 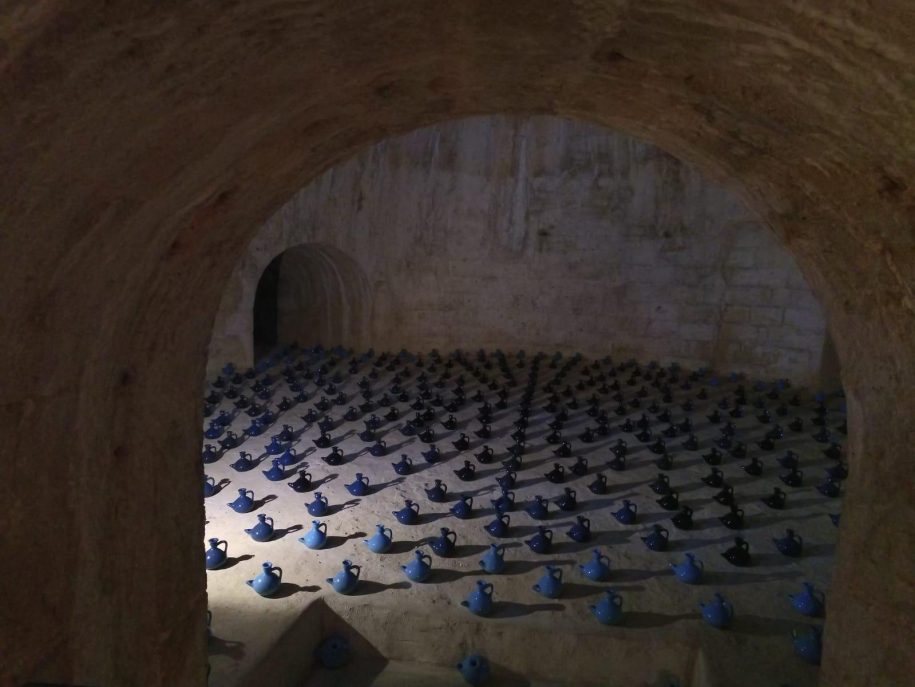 Posted by cortedeifrancesi on 27 April 2019 | Featured

The Castle of Gallipoli welcomes tourists from all over the world, from Puglia and from Salento, offering the opportunity to admire halls, towers, galleries, to enjoy the beauty of the light in its majestic spaces and the breath-taking views on the terraces surrounded by the Jonian Sea.

Till Sunday November the 3rd 2019, the Castle of Gallipoli offers to its visitors also the chance to visit the exhibition “LAMPANTE. GALLIPOLI CITY OF THE OIL”.

The exhibition – edited by Luigi Orione Amato, Antonio Monte e Raffaela Zizzari – is a story that celebrates the “liquid gold” which, from the beginning of the XVI century, allowed Gallipoli to become the major European producer and dealer of lamp oil, used to lighten the big European capitals such as Paris, London Berlin, Vienna, Stockholm, Oslo, Amsterdam and developing with them rich commercial trades and cultural exchanges.

“Lampante” is the mise-en-scène of a land and of its most valuable good, the oil, with its excellences, many stories, many routes and precious traces.

There was a time when the lamp oil was considered as gold and the cisterns in Gallipoli were full of it.

Its transparency gave a special lighting, leading to a white shade that made it more pleasant, fragranced, bright and pure than any other oil on the market. The lamp oil was bought by the foreign countries for the lighting, for the wool processing and for the soap production: from the harbour of Gallipoli the barrels of oil reached the North Europe and from there the Russian Steppe. (…) With the lamp oil in Gallipoli also the soap, loved by the Parisians madams, was produced.
A story told through archaeological evidences, a precious collection of ancient lamps, unique samples of oil collectors, relics from an old soap factory and an original street lamp of the second half of ‘800 from the city centre of Dublin, together with contaminations from art and contemporary.